4 ACS Jakarta student representatives played in the mixed-AFS team for Under-10s, and they also fought hard and did us proud by emerging 2nd in the Bowl category. The following ACSians played in this category: Alexander Boenjamin (5T), Tadeo Ro (5R), Yuki Hiro Dharmabrata (5I) and Keenan Ghafara Siregar (4H).

Nathaniel Wana (9R), was our school’s student representative in the mixed-AFS team for Under-14s, and his team came in 2nd in the Cup category. We are very proud of our ACS Tigers for the tenacity and determination they showed on the field over the weekend. With every match played, regardless of the result, they never failed to show true sportsmanship and excellence in their attitude on and off the field. It was truly an exciting weekend of football for the players and spectators! We would like to sincerely thank our ACS football parents for all your support and we look forward to the next competition for our boys as The Best is Yet to Be! 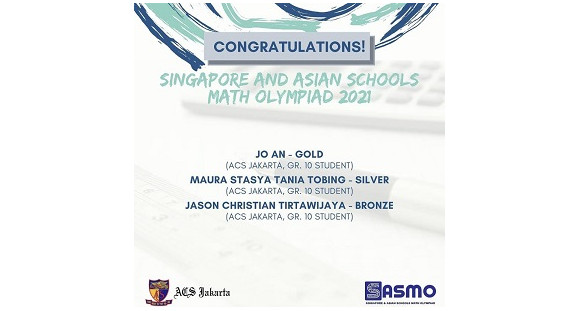