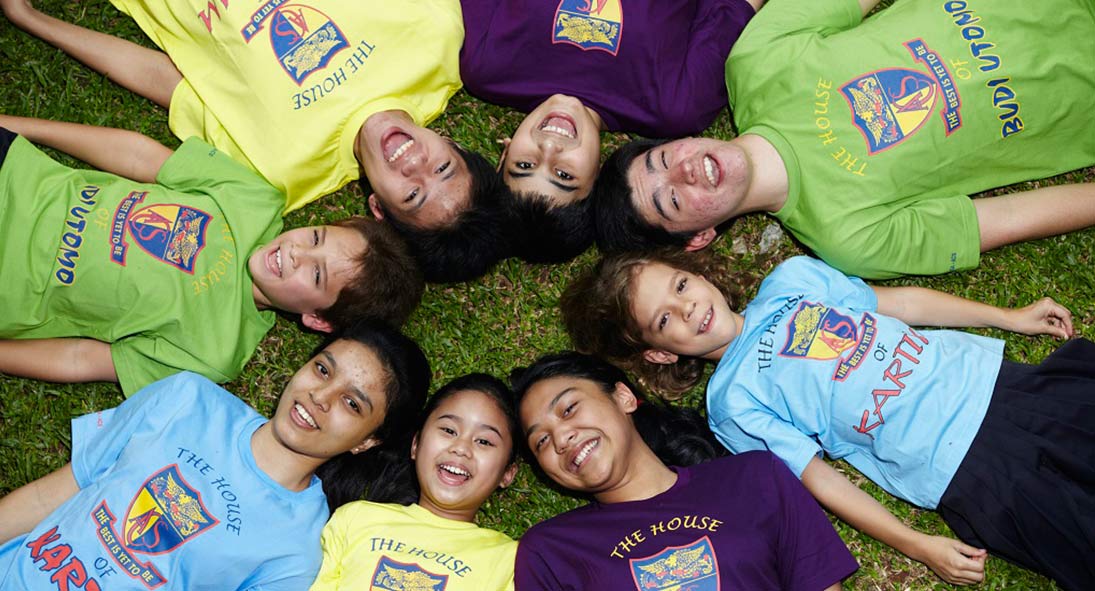 The aim of the House system is to promote and develop clean and keen competition in sports and other areas, both individually and amongst the Houses. Each student will be assigned to a House. There are four houses – Budi Utomo, Kartini, Oldham and Thoburn; the first two so named after distinguished persons/organizations associated with Indonesia and the latter two, with the Anglo-Chinese School.

Ki Hajar Dewantara
Ki Hajar Dewantara (also known as Raden Mas Soewardi Soerjaningrat) was born on the 2nd of May 1889. He was a writer, columnist, politician and advocator, and to the Indonesian people, he is especially known for pioneering the development of education during the Dutch colonial period. At that time, education was limited exclusively to the Dutch colonials and the Javanese aristocracy. Mr. Dewantara wanted to provide similar educational opportunities to the Indonesian people, thus in 1922, he founded the Taman Siswa school in Yogyakarta which catered specifically to the locals.

Kartini
Raden Ajeng Kartini was a prominent Javanese woman who became an Indonesian national heroine. She is known as a pioneer of women’s rights for native Indonesians. She wrote about her views of the social conditions prevailing at the time, particularly those of native Indonesian women. Her letters changed the way the Dutch viewed native women in Java and her ideas provided inspiration for prominent figures in their fight for independence for Indonesia. She fought for women to have the freedom to learn and study.

Oldham
Oldham House was named after Bishop William F Oldham who founded ACS in 1886. His first tour of duty in Singapore lasted about five years and the Methodist Mission was well and truly established when he left Singapore. Poor health forced him to return to America. In 1926, he and his wife visited Singapore and participated in the 40 th anniversary of the School, and again in 1935 at the Golden Jubilee of the Methodist Mission.

Thoburn
Thoburn House was named after Bishop Dr James Thoburn. He was responsible for initiating and accompanying the pioneer mission to Singapore. He (and Bishop Oldham) were responsible in the setting up of the Methodist Church as a Mission in Singapore in 1885. Bishop Dr Thoburn’s vision (and Bishop Oldham) made possible the birth of ACS. Had it not been for him, there might not have been an ACS. It was his personal initiative as an important leader in the Methodist Conference in India that resulted in the planting of the first Methodist Church in Singapore in 1885.